A fifth generation Nebraskan, Courtney Wittstruck grew up on a farm in rural Lancaster County, and graduated from Lincoln Southeast High School. 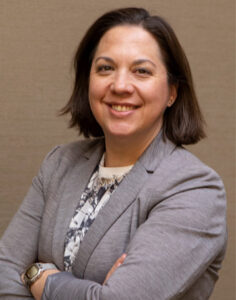 After high school, she attended Clemson University in South Carolina on a full basketball scholarship and graduated with a degree in International Business and German. She went on receive a Master of Business Administration from The Citadel (SC) before earning her Juris Doctor degree from Charleston School of Law (SC).

Wittstruck also studied at Friedrich Alexander Universität in Nürnberg, Germany, and the Fachhochschule (University of Applied Sciences) in Mainz, Germany.

Prior to returning to her home state, Wittstruck served as corporate legal counsel and compliance for the Vans Division of Mercedes-Benz in Charleston, SC.  She was also employed by German automotive supplier Robert Bosch Corporation, both in South Carolina and Germany.

In her capacity as Executive Director, Wittstruck serves on several statewide boards, councils, and commissions, and advocates in the Legislature on behalf of the member community colleges.

Williams, a graduate of Southeast Community College – Lincoln with an Associate of Applied Science Degree in Business Administration/Accounting, began working for the Association in 2000. She serves as secretary/receptionist and bookkeeper, and produces the system directory and various other publications.