LINCOLN, NE – Graduates from Nebraska community colleges who have made positive impacts in their communities have been recognized by the Nebraska Community College Association for career achievement.

The five distinguished alumni were honored during the NCCA’s 2019 Annual Meeting, hosted this year by Southeast Community College in Lincoln. The association is made up of Central, Mid-Plains, Northeast, Southeast, and Western Nebraska community colleges. 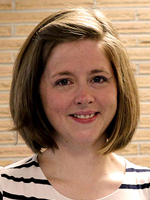 Following her graduation from Central Community College-Grand Island in 2007, Tracy Jakubowski went on to earn a bachelor’s degree in education from the University of Nebraska at Kearney in 2009 and a master’s degree in curriculum and instruction from Doane College in 2012. She completed her educational administration 7-12 endorsement through UNK this fall.

Jakubowski, of Wood River, began her career with Grand Island Public Schools at Walnut Middle School and then was an integration specialist at West Lawn Elementary School before accepting her current position as a history teacher at Grand Island Senior High School.

During her time as a teacher, she has served in many additional capacities, from coaching volleyball and basketball to traveling with students to Washington, D.C. She serves as a team leader for the Academy of Freshman Exploration and a sponsor for GISH students attending the Capitol Forum on America’s Future with Humanities Nebraska in Lincoln. She is a member of the district’s Teacher Leader Coalition, the American History Task Force for Curriculum Design, and the Nebraska Department of Education’s Social Studies standards revision team.

Jakubowski’s dedication to bettering history education led to her being selected to attend the 2018 Belfer National Conference at the United States Holocaust Memorial Museum in Washington, D.C. She has also attended conferences in Nashville and Anaheim to help with the transition of GISH into a career academy school as a teacher leader.

She and her husband, Ron, have a daughter, Julia. 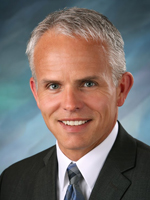 Tom Bredvick graduated from Culbertson High School in 1986 then entered the military. His plans were originally to become a diesel mechanic, but a military physical indicated that he was color blind. The news permanently altered his career path.

“I knew I needed to enroll in college,” said Bredvick. “During a little bit of counseling on my first visit to the McCook Community College campus, we started talking about my skills and test scores and started looking at accounting. I found out maybe I should take some business classes. Today, I’m thankful I’m color blind.”

Bredvick, of McCook, appreciated Mid-Plains Community College for its small class sizes, the accessibility of the instructors and the affordability. When the time came, he felt more than prepared to take the next step on his educational journey.

Bredvick graduated from MCC in 1989 then transferred to the University of Nebraska–Lincoln where he obtained a bachelor of science degree in business administration with an emphasis in accounting in 1992.

He also passed the Uniform Certified Public Accountant Examination in 1992 then began work as a bank examiner for the Office of the Comptroller of the Currency in Omaha. After three years, he and his wife moved back to McCook to start a family.

Bredvick took a position as a controller at MNB Bank, was eventually promoted to chief financial officer and joined the board of directors three years ago. He celebrated 25 years with the bank earlier this year.

Bredvick is no stranger to recognition and success in his career, but the Distinguished Alumni Award is an entirely new type of honor for him. He’s humbled by the gesture.

“I’ve done everything I can to remind people that others, like Elizabeth Benjamin and Lyle Moskal, set me on a path to success years ago,” said Bredvick. “I can’t give enough accolades back to the system for giving me the strong beginning I had. I owe quite a lot to Mid-Plains Community College.” 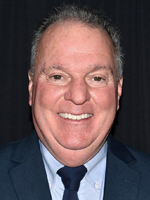 After earning an associate degree in applied electrical science in 1980, Arens, of Norfolk, began his work with the company as a transmission lineman in York. He later transferred to Osceola as a retail lineman, followed by a move to Oshkosh as a serviceman.

As an account manager, Arens serves as the liaison between NPPD and its wholesale and retail customers working with other power districts and municipal officials, such as mayors and city administrators. Some of his duties include contracts, rates, operational assistance, and providing support for other business departments. In addition, he has provided his expertise to Northeast by serving on the Utility Line program’s advisory committee for a number of years.

“I am truly blessed to have had the training and support from both Northeast and NPPD,” he said.

During his time at the college, Arens said he valued how welcoming everyone was and how he had the opportunity to make new lifelong friends. 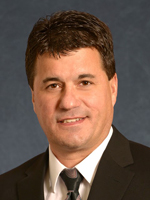 Jerry Kleine of Grand Island has been an automotive service technician for 30 years. He initially chose the General Motors Automotive Service Educational Program at Southeast Community College in Milford for the small class size and easy access to the instructors.

“The program allowed for hands-on labs and classroom study, which was the type of structure I was looking for,” Kleine said. “The instructors were very knowledgeable and were able to relate well with all the students.”

Upon graduation in 1989, Kleine worked as a service technician. He’s been at Dinsdale Automotive in Grand Island for 25 years.

“By my graduation, with the structure of the program and mentors at my sponsoring dealership, I was confident in my abilities to begin a career in my field,” he said. “I continued to work with mentors and took advantage of every training that became available through my dealership.”

In 2007, Kleine achieved General Motors World Class Technician status. Service technicians can earn this status by completing the requirements for either the mechanical or body areas of expertise, along with achieving the Master Technician Certification in the required service areas. In 2016, 2017, and 2018 he was named GM Mark of Excellence Top 50 Technician for participating dealerships in the country.

“I enjoy working on vehicles with the latest technology like the Cadillac, Corvette and hybrids,” Kleine said. “I also like the challenge of diagnosing complicated repairs.”

In 2017, he was named Outstanding Alumnus at SCC’s Milford Campus. He and wife Sandi have three adult daughters; Jordan, Jessica and Jamie. He enjoys spending time at his family cabin and following the Huskers. 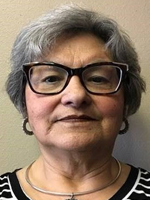 Born and raised in Scottsbluff, Carmen Trevino studied accounting and business in high school and at Western Nebraska Community College. After being a stay-at-home mom she felt it was time to get back in the workforce. She worked in a variety of fields but found her niche at Panhandle Community Services, which later became Community Action Partnership of Western Nebraska. For the past 35 years, Trevino has served the community with CAPWN.

Approximately 28 years ago, she returned to WNCC to earn her degree in Human Services, crediting that schooling that has helped her grow as a human services worker and prepared her to work with families on a day-to-day basis.

Trevino said that she is “very happy being able to truly be of help to those who want to make a change in their life.”

At CAPWN, she helps families across the Nebraska Panhandle with clinical and community health services, supportive health services, holiday food and gift programs, school supply drives, food pantry, and many others.

She said it’s so beneficial to her by helping families grow, wherever they are in their lives.

“We accept people for who they are and meet them where they’re at,” Trevino said. “Our job is to help them move forward, even when they take a few steps back. It’s such a joy to see that progress. It’s amazing what you can do if you only try. That’s the reward we see.

“I like coming to work every day, I love what I do.”

Since its inception, the Nebraska Community College Association has named more than 125 individuals as Nebraska community college distinguished alumni.